SEPLAA Foundation empowers youth and women by involving them in various innovative and creative activities to help them think outside the box and encourage them to become social change makers by contributing and giving back to the society in a positive way. For more details please visit the website of the ICx SEPLAA Umeed Jawan Project, the social entrepreneurship for peacebuilding incubator: Impact Change Xcelerator (ICx) Seplaa.

Over 2,300 youth received social entrepreneurship orientation and 480 youth benefited from the social entrepreneurship pre-incubation training from the SEPLAA Foundation team in Bahawalpur under the Umeed Jawan project in South Punjab.  A further 480 underprivileged youth also participated in orientations on the benefits of social enterprises and at least 16 new social enterprises have been created over the span of just nine months. Over 11,000 indirect beneficiaries have benefited to date despite numerous challenges faced both in Bahawalpur as well as in Lahore.

In December 2014, the young social entrepreneurs trained under the SEPLAA Umeed Jawan project traveled from Bahawalpur to Lahore to attend the annual SEPLAA Conference where 16 projects were showcased through displays and presentations. 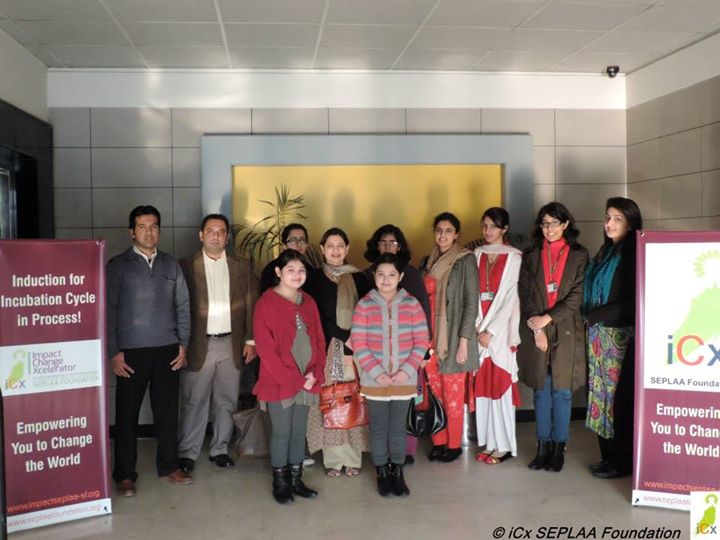